The central part of Andrew Stahl’s work comes from his interest in diverse cultures, societies, religions, traditions, and languages. Stahl uses these encounters to inspire his works. His personal language of art connects to ideas around representing thoughts and feelings and even confusion.

This British artist has established a long-term relationship with Southeast Asia, originating from early inclusion in British Council shows in the 1980s and from when in 1991, he was given a scholarship by the Wingate Foundation to explore Lao, Cambodia, Myanmar, Vietnam, and Thailand. Stahl’s work was very affected by his travels and he loved Thailand. In 2000, the British Council invited him to do an artist’s residency at Chiangmai University with an exhibition in the university museum, this was followed by an exhibition and residency the following year at Silpakorn University in Bangkok. Since then, he has had many exhibitions in Thailand most recently at the first Bangkok Art Biennale in 2018, he also recently had an exhibition in collaboration with close friend and colleague Panya Vijinthanasarn, entitled AP3: Falling (2017).

In August 2022, Stahl was invited by MATDOT Art Center for a three-month stay as an artist in residence. In the first few days after his arrival, Stahl spent much of the day traveling around and exploring Bangkok, he was inspired by this fantastic chaotic metropolis. From the newest and ultra-modern skyscrapers in the middle of the city lit up by bright neon signs to rickety shophouses merely a stone’s throw away, houses, parks, and temples, an eclectic and contradictory dynamics that makes up this capital city. Although he has been to the city many times, he continues to admire and have fresh inspirations from this ever-rapidly evolving city. This inspiration from the city is a part of this latest work.

Not only are big cities made up of physical aspects, but a multitude of activities that the humankind engages in, be it individually or collectively. Their details may differ from culture to culture but they all stem from the same basis. The occupation, the abandonment, and the forge forward with the changing of time. It is as though “Sparkling City” is the artist’s own realization of the city that Bangkok is in one moment of time. 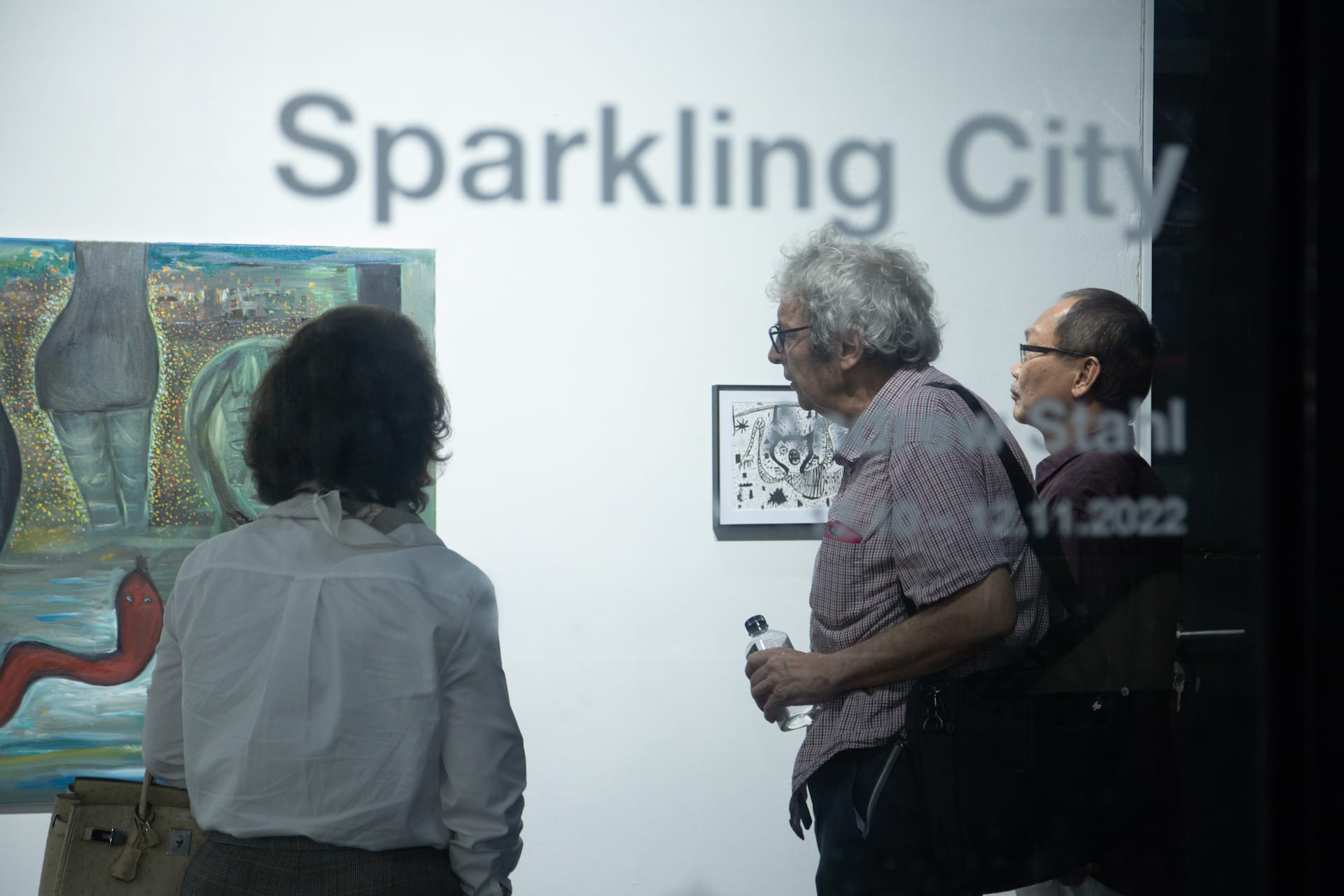 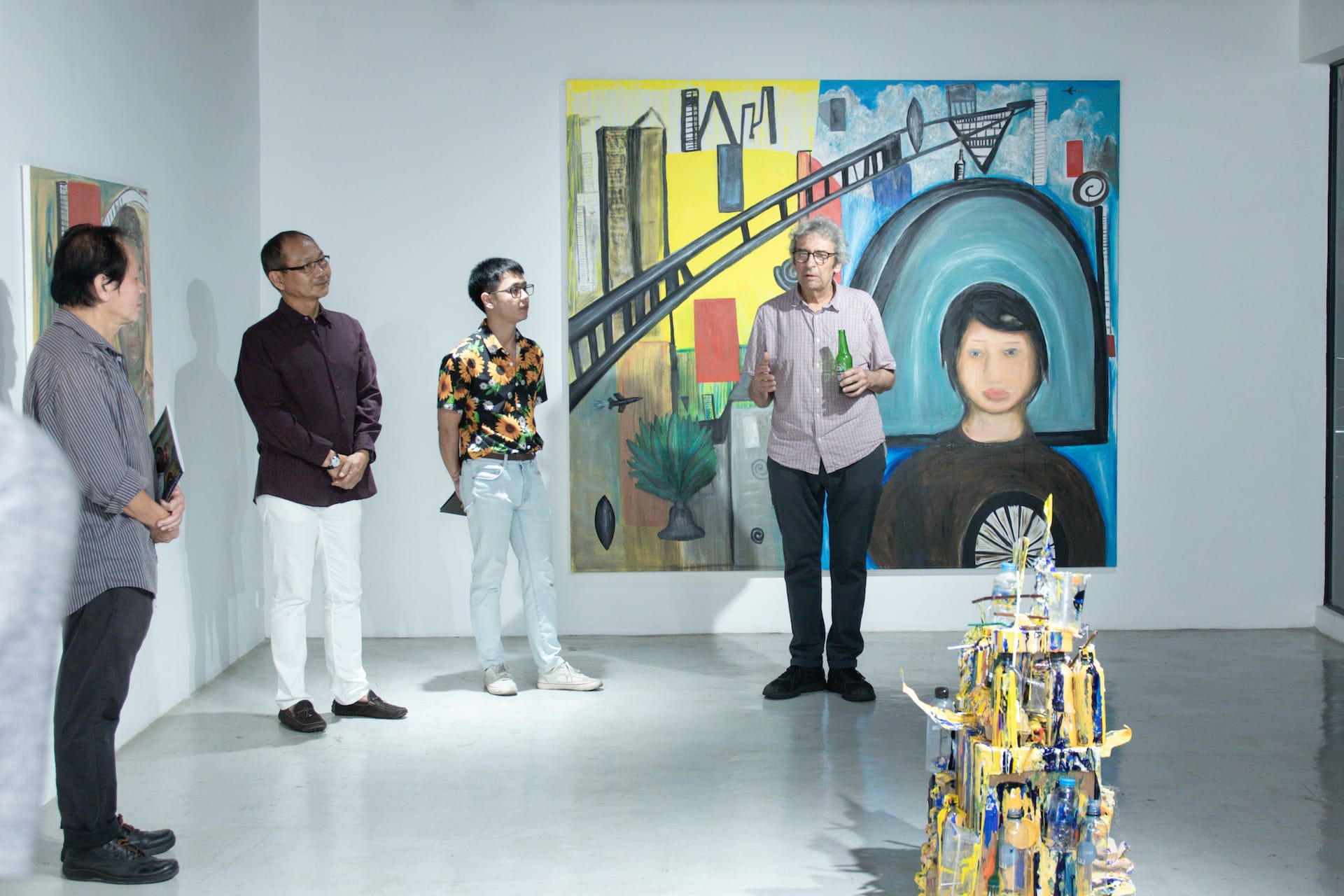 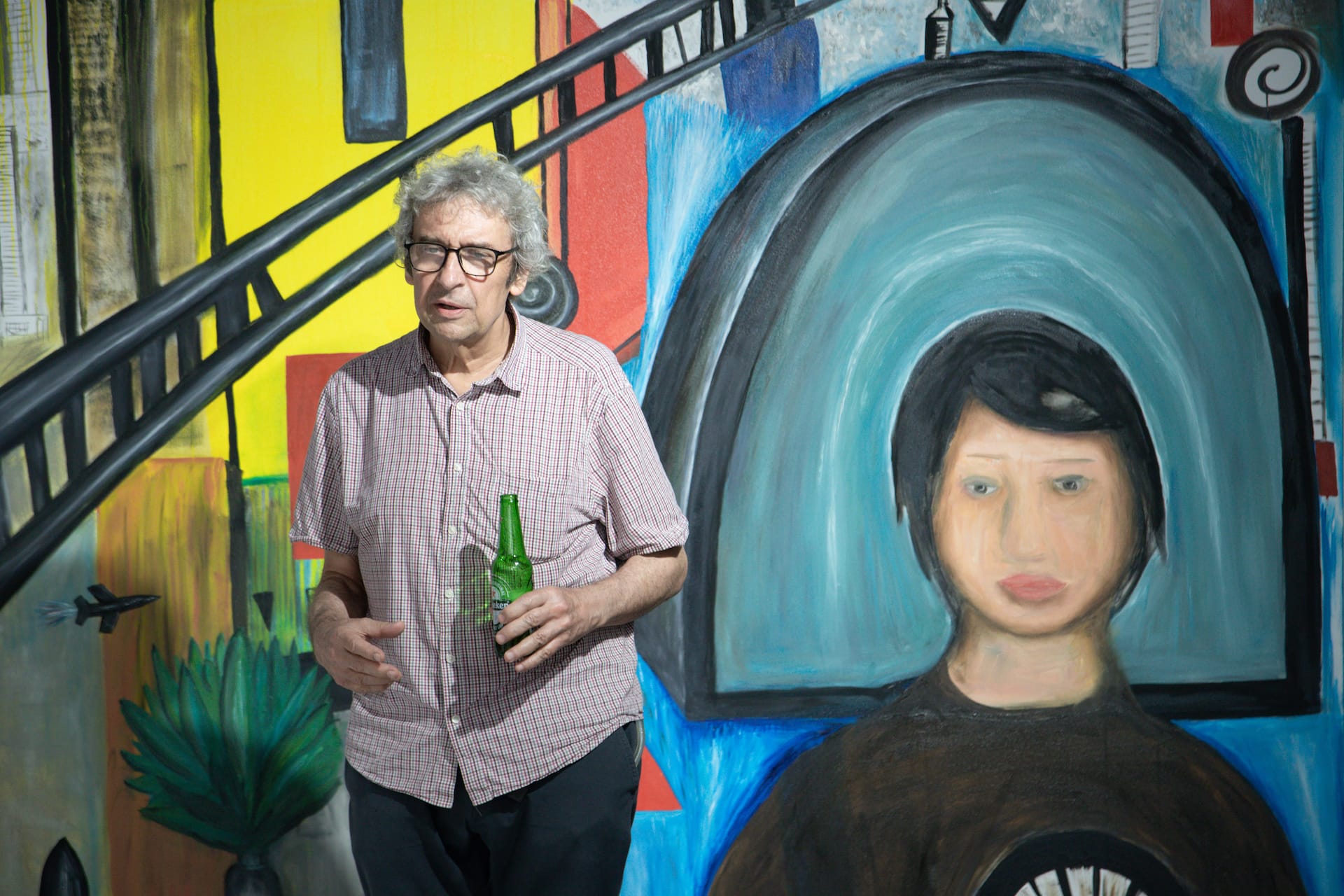 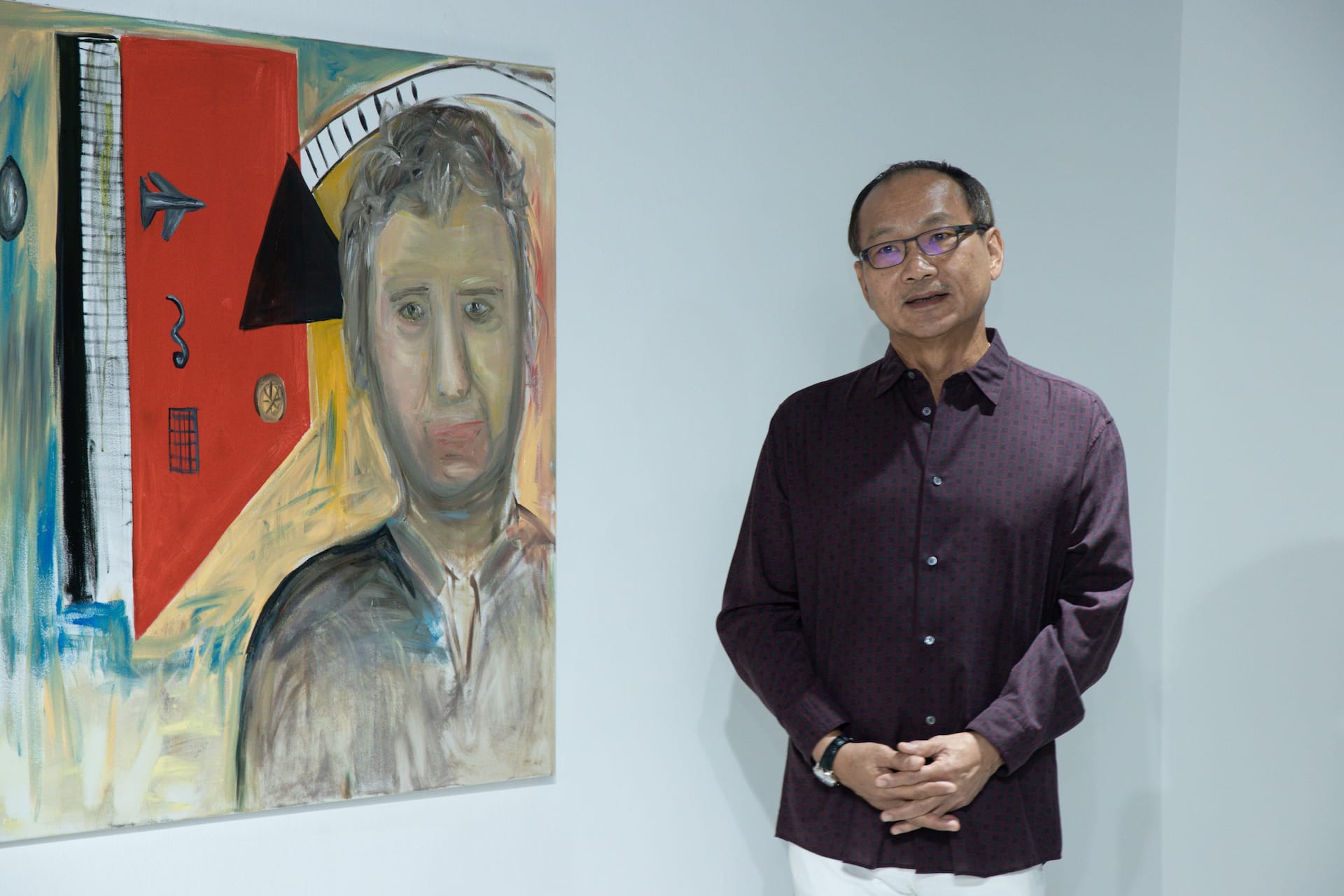 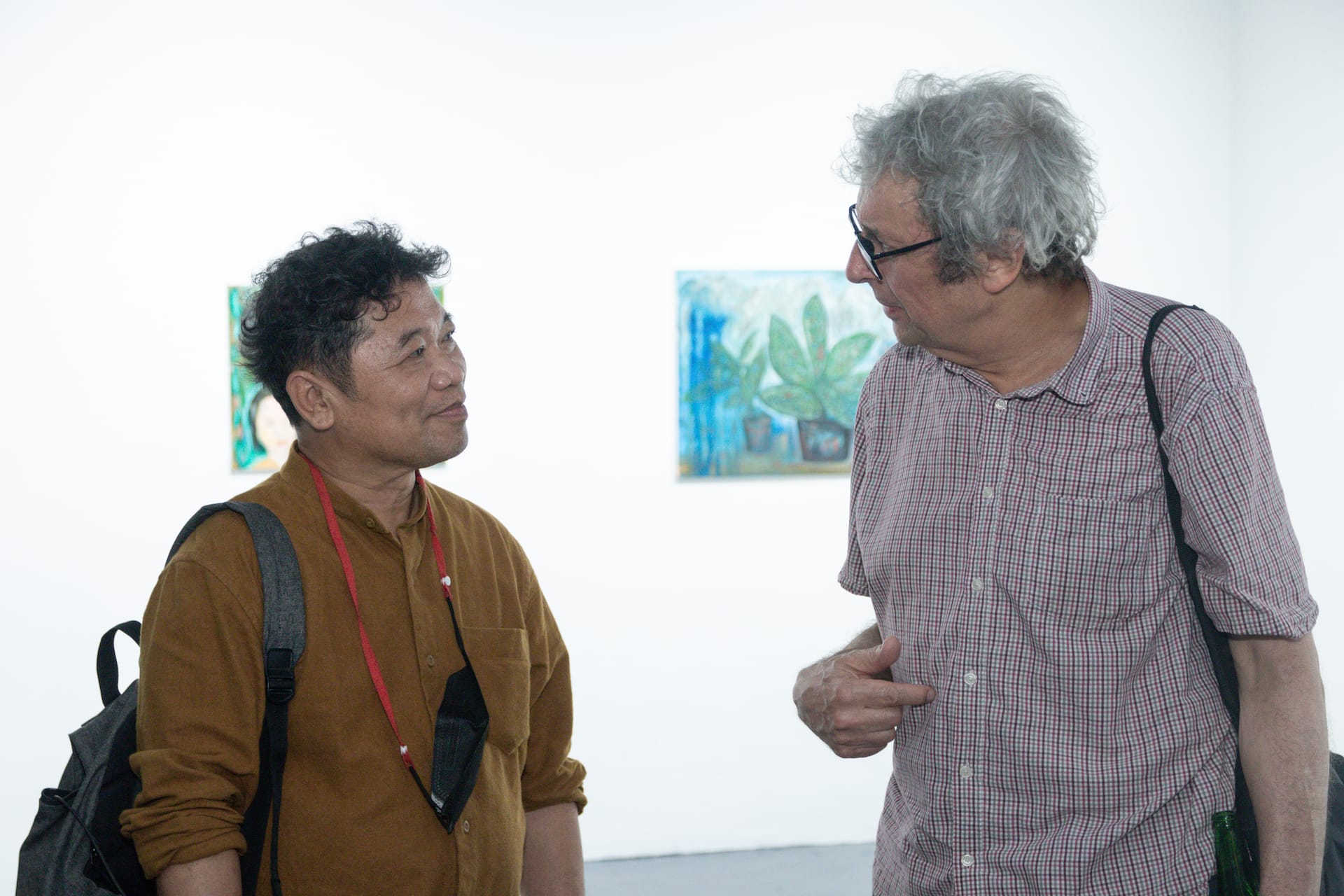 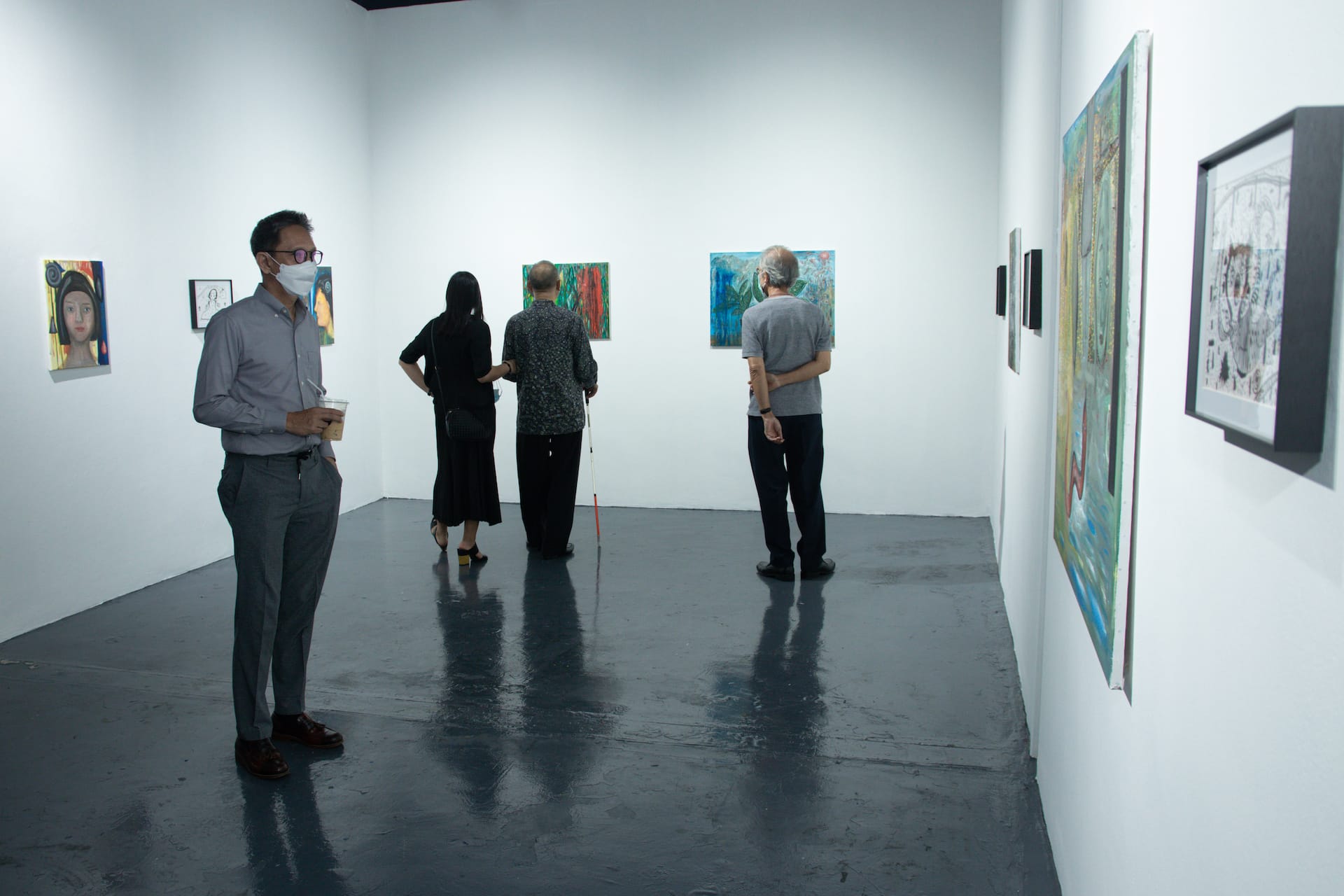 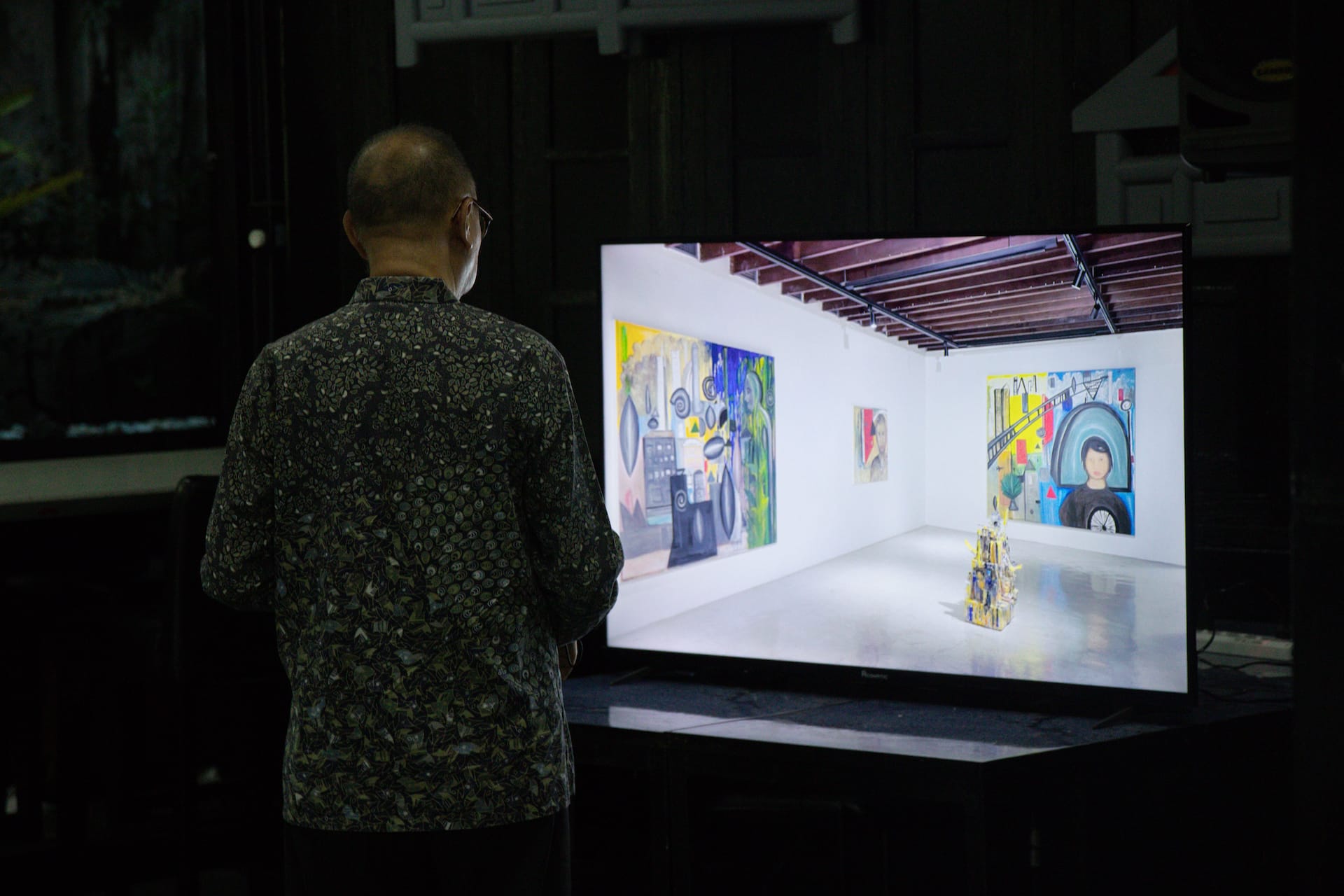 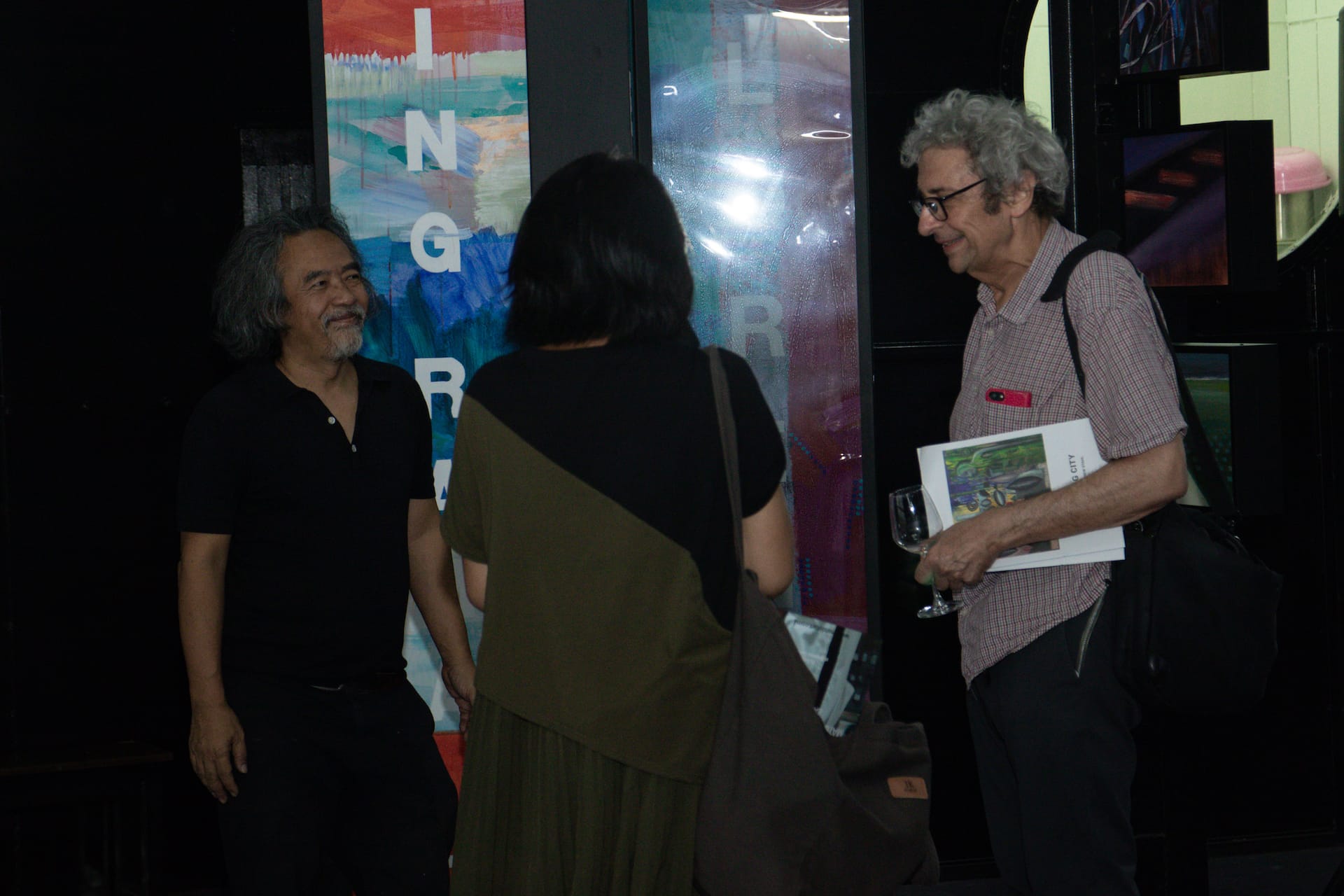 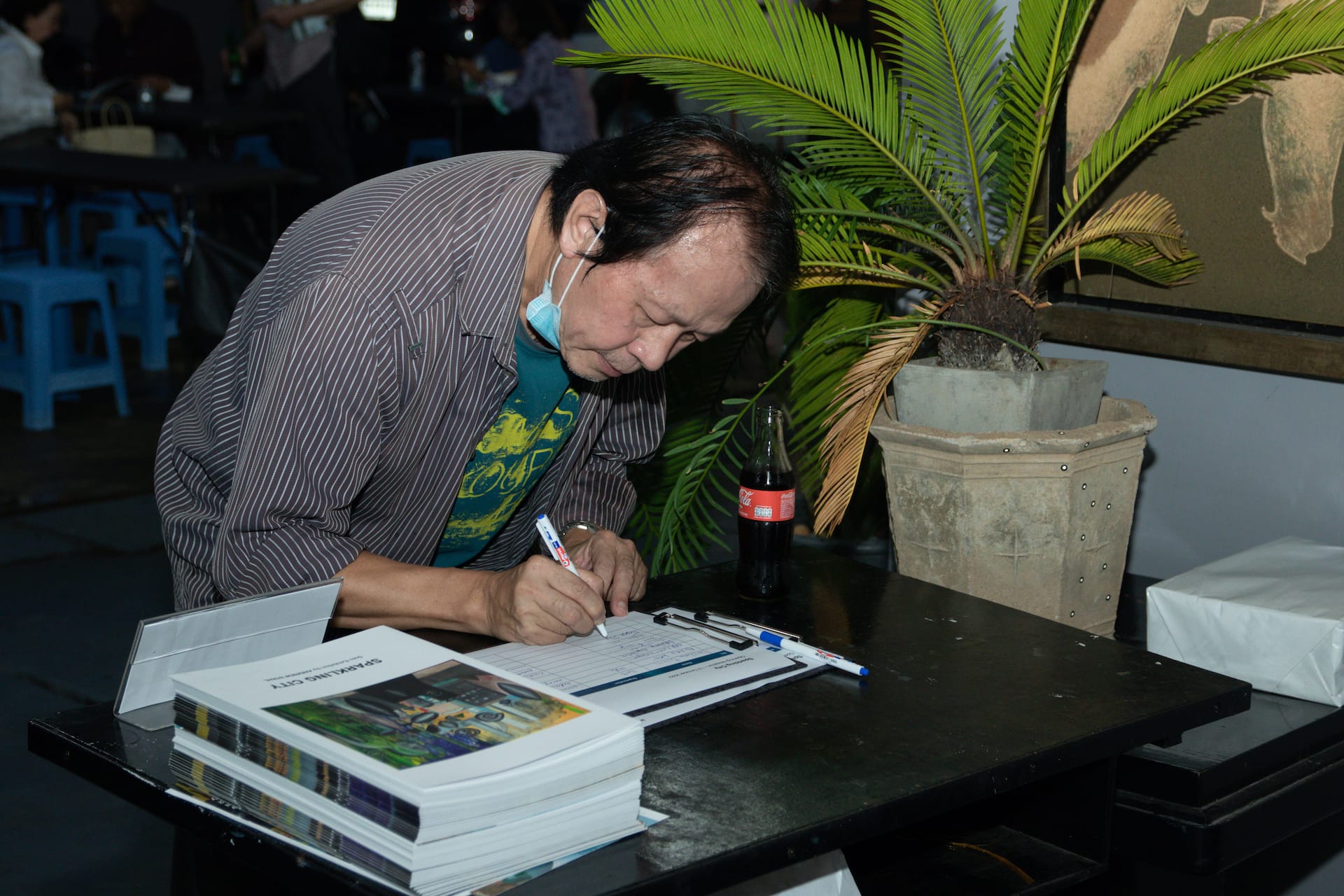 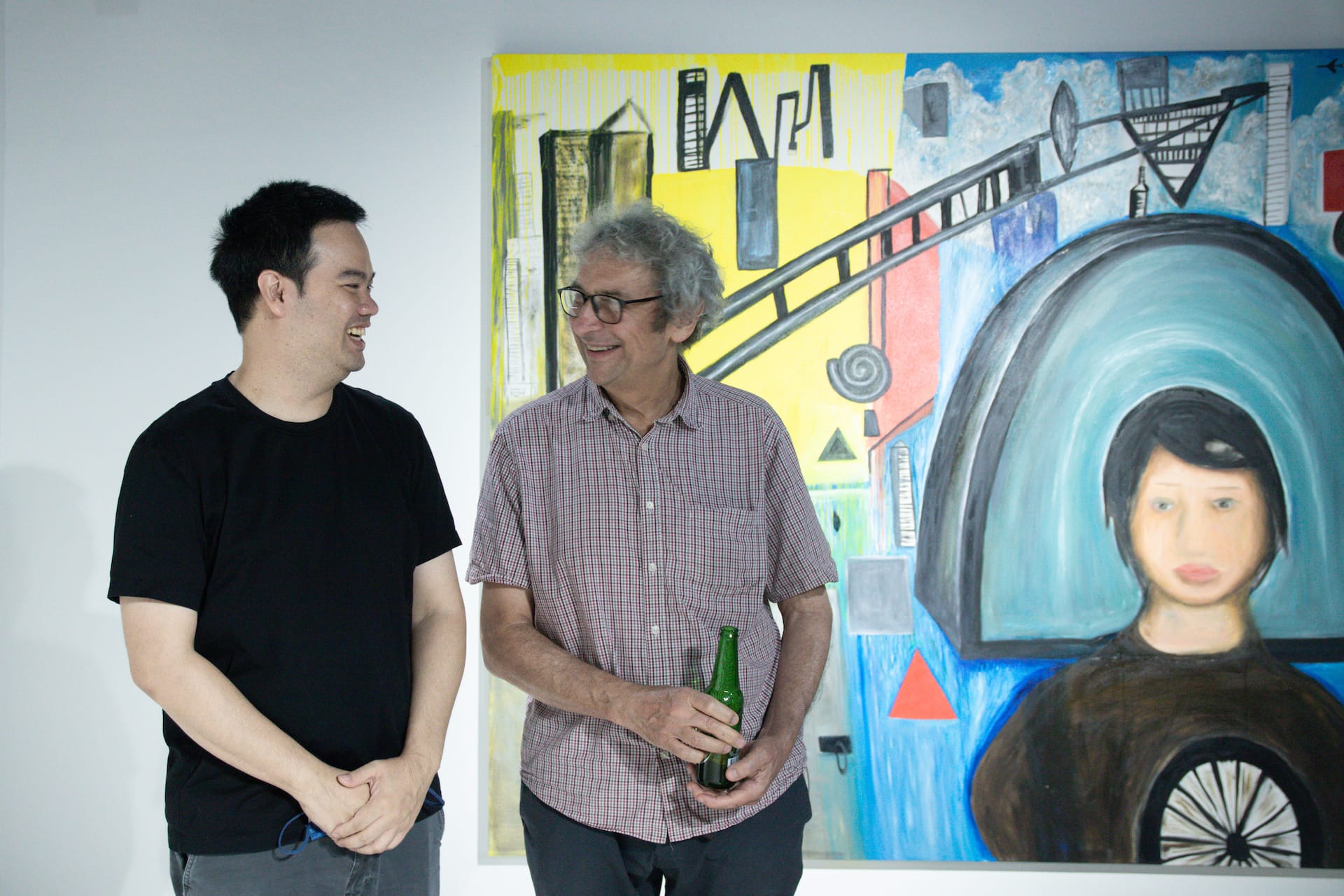 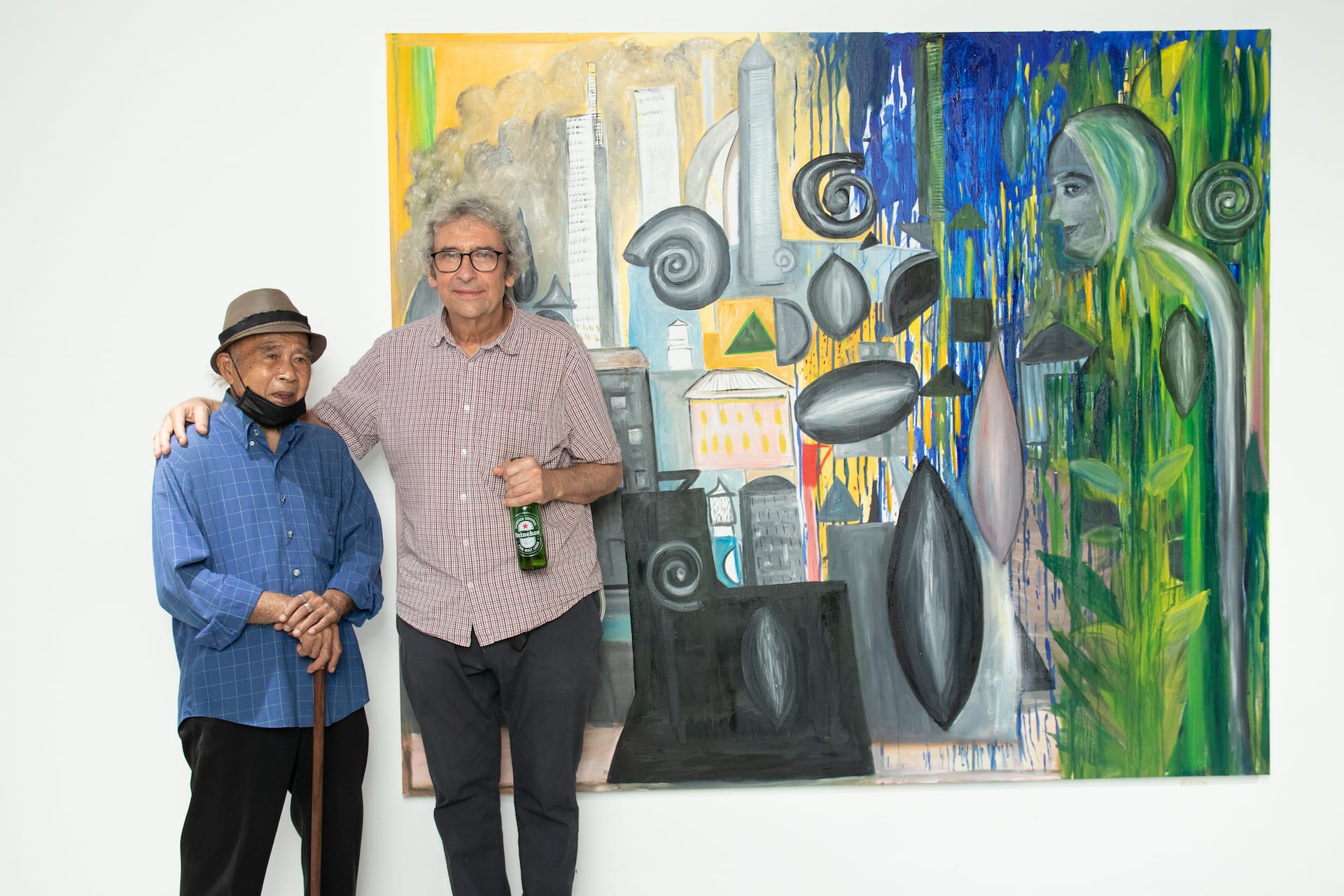 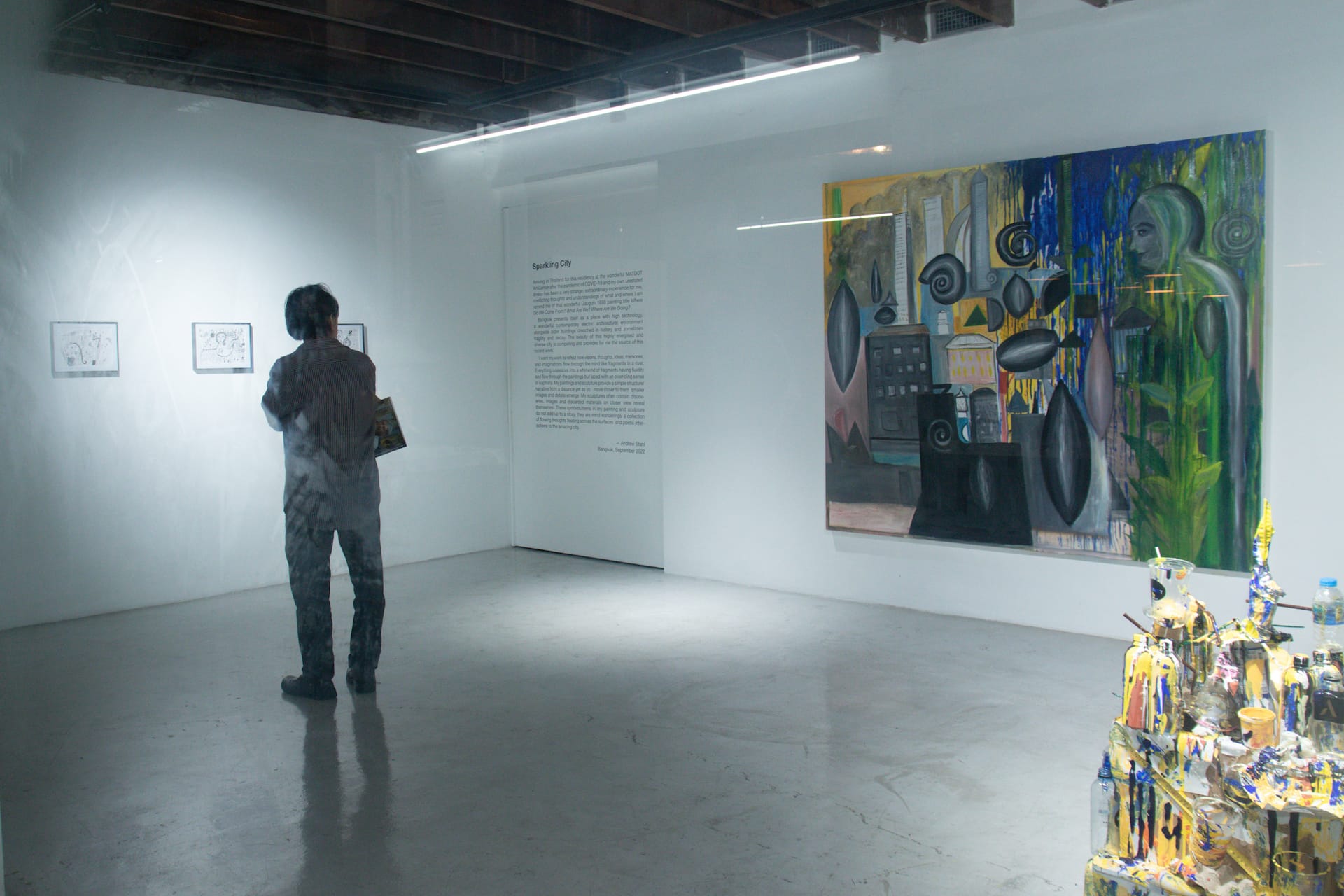