The desire to create art to illustrate the love Alongkorn Lauwatthana holds dearly for his mother brought forth 28 portraits that reveal a roller coaster of emotional waves over the course of her last 28 days. Defined under the notion that “all of us will face losing someone at one point but it is how we handle that loss when the time comes,” the brushstrokes and colours document his efforts to grasp life’s truths in its final hours.

Preparations for this work has taken over three years back to the time when Alongkorn’s mother was still in good health. The artist contemplated photographing his mother in a series of pictures to encapsulate her “glowing smiles” in various aspects of their lives together. When his mother fell ill in 2022, Alongkorn became fully aware that their time to part is imminent and this determined his decision to capture the remaining seconds with these oil paintings in place of photographs.

His mother’s last six months which started from the day she became bedridden, Alongkorn dedicated his body and soul to the canvas while braving the immense sadness that weighed his heart, a journey riddled with loneliness that is plagued by qualms. The truth about the cycle of life fused with his own emotions were channeled upon the canvas. Their partial outline took shape throughout his questionings about the finality of life, then his creativeness filled them with vibrancy, but these shades slowly made way for his purest emotions that speaks of the “core of motherhood”. This is the very same sentiments that are etched in his heart of his beloved mother who passed away at the age of 93.

“Although a loss brings us sadness and despair, art has the ability to bring back joy. As an artist, these paintings serve as a tool to log the joyful memories I hold of my beloved mother.” 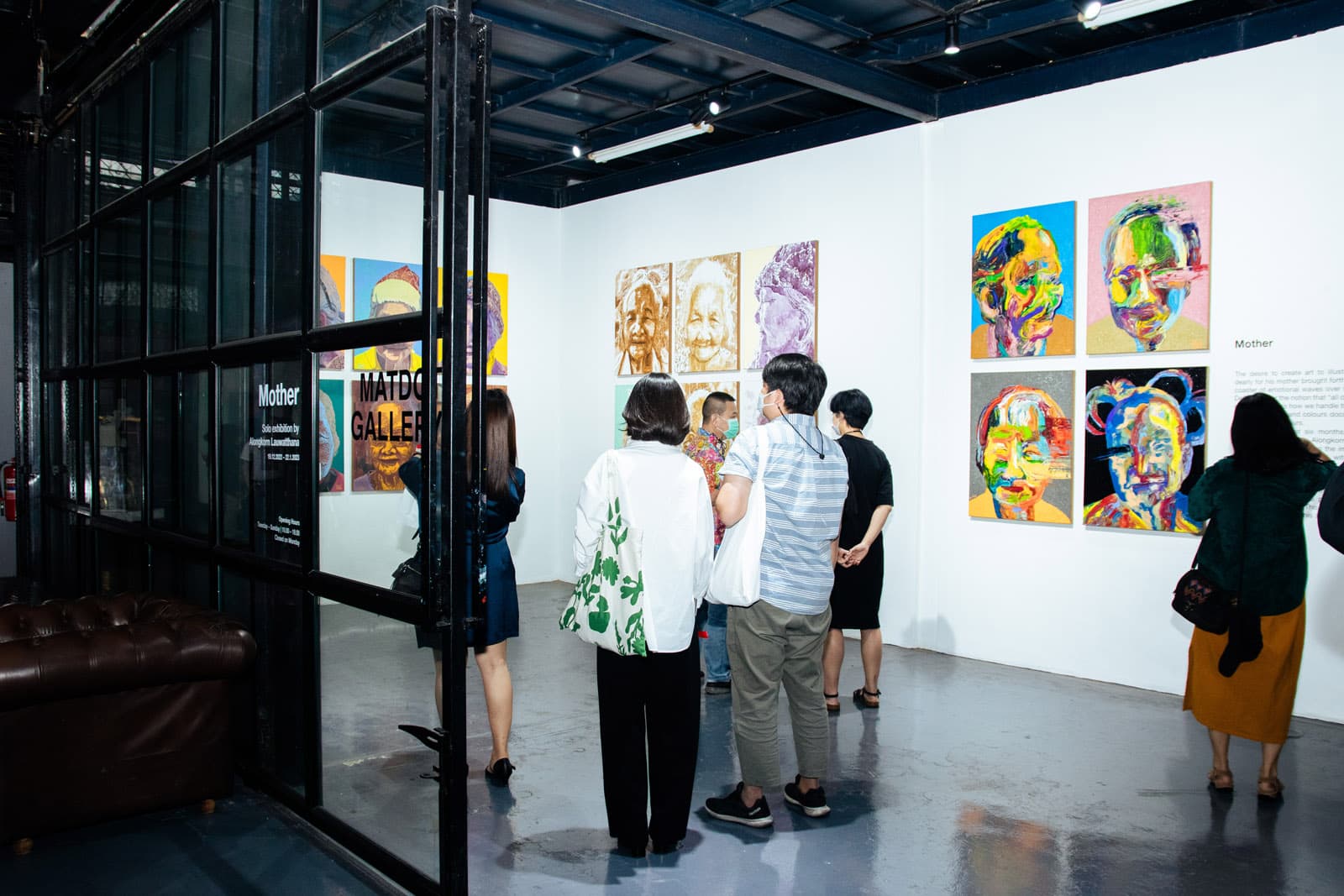 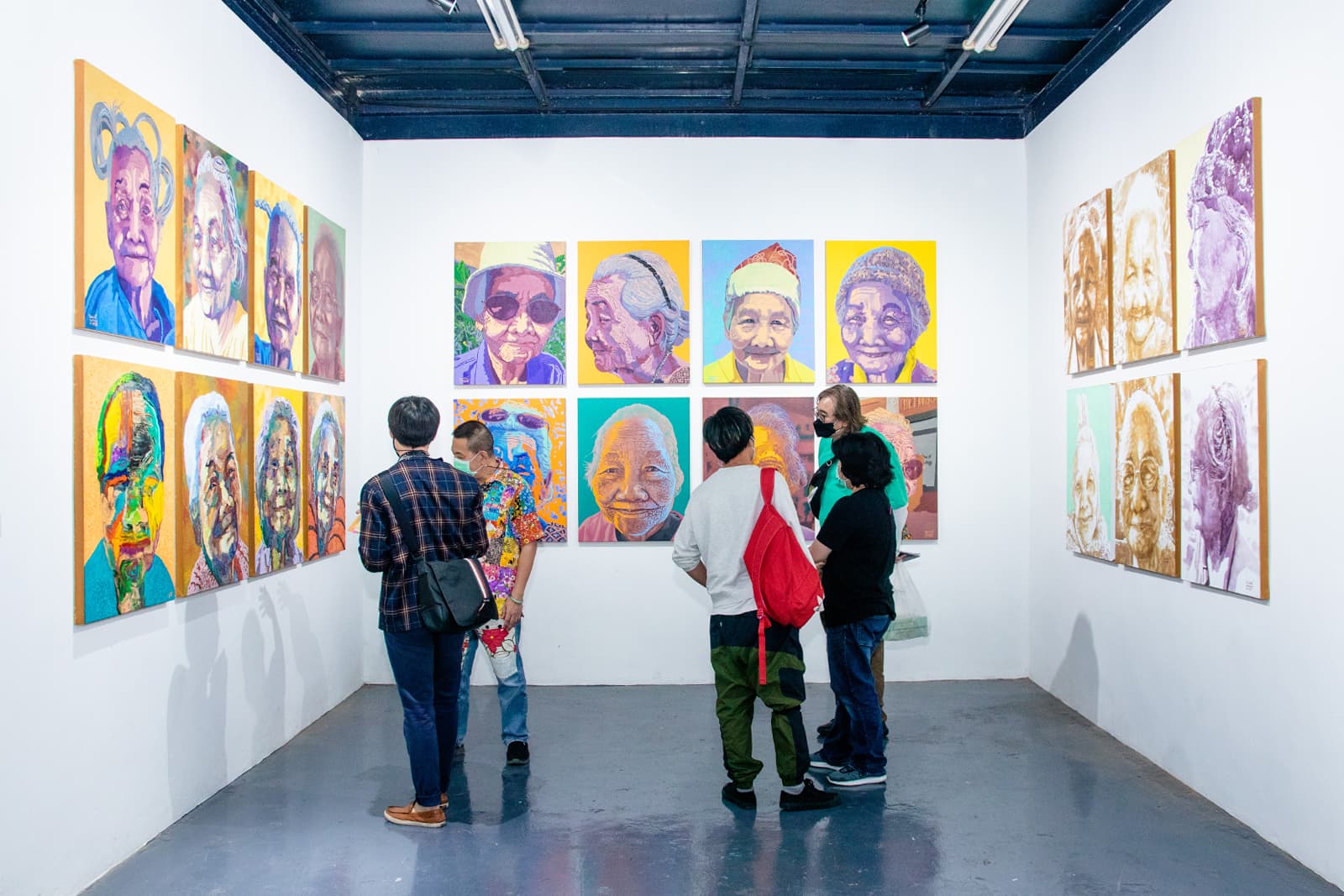 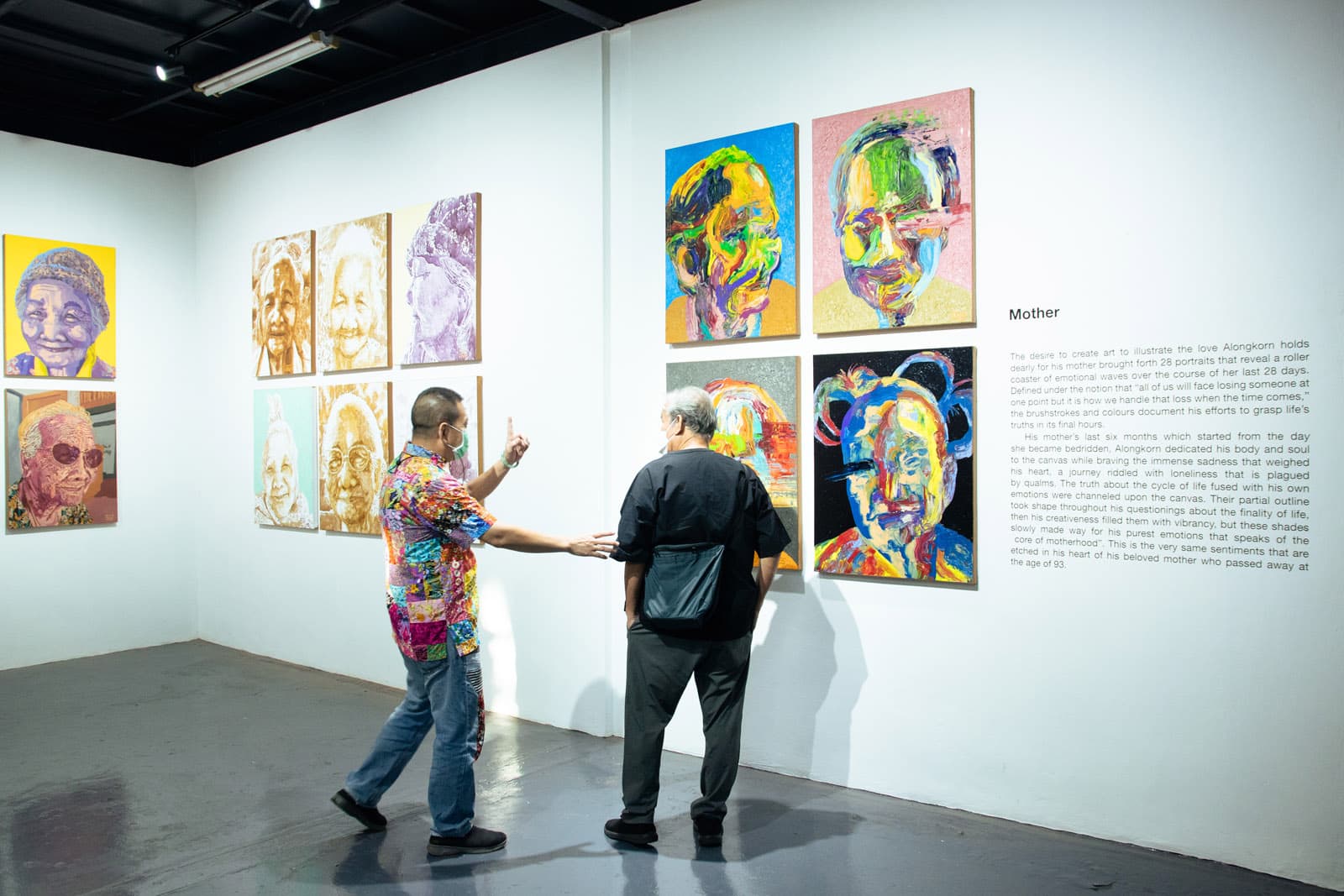 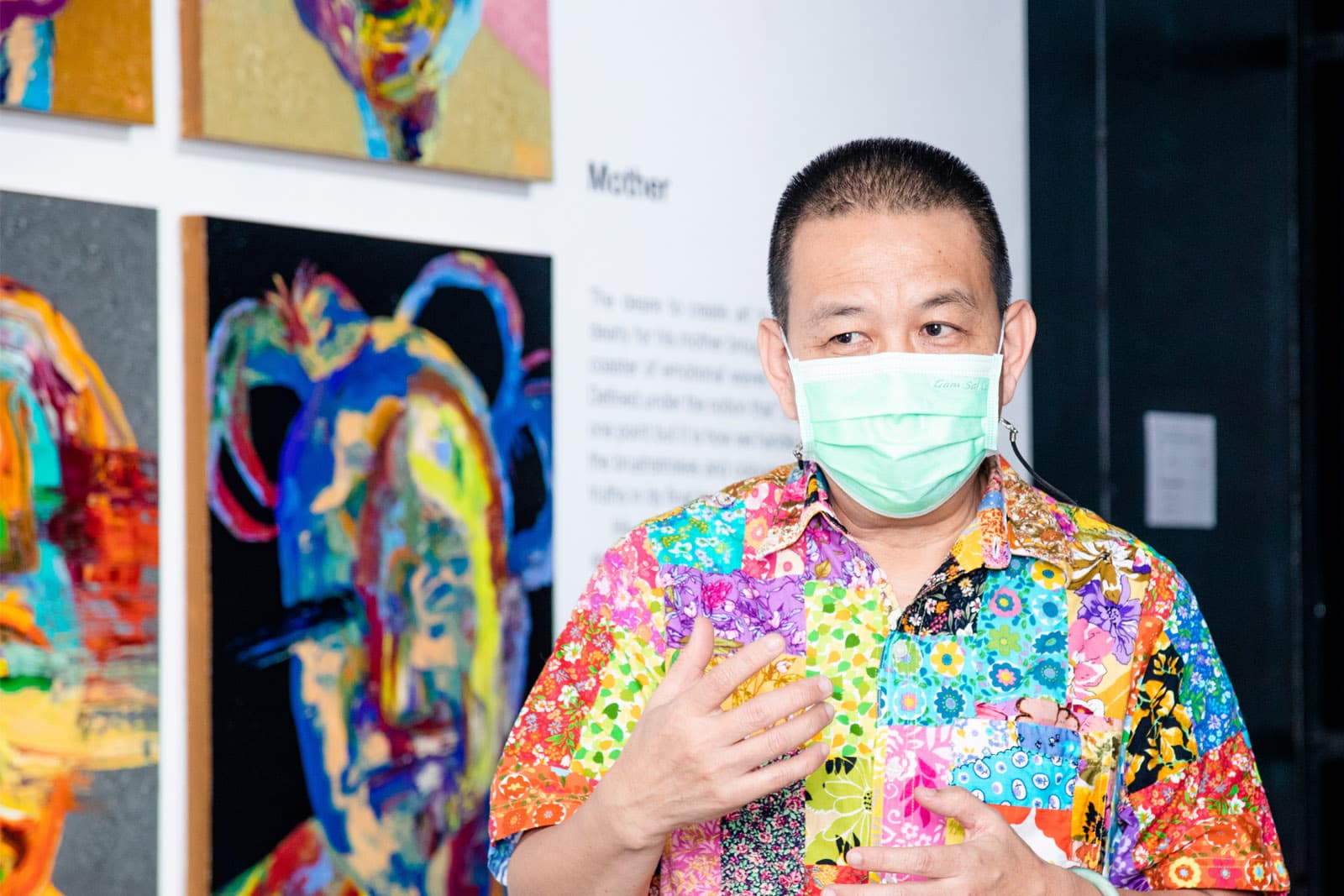 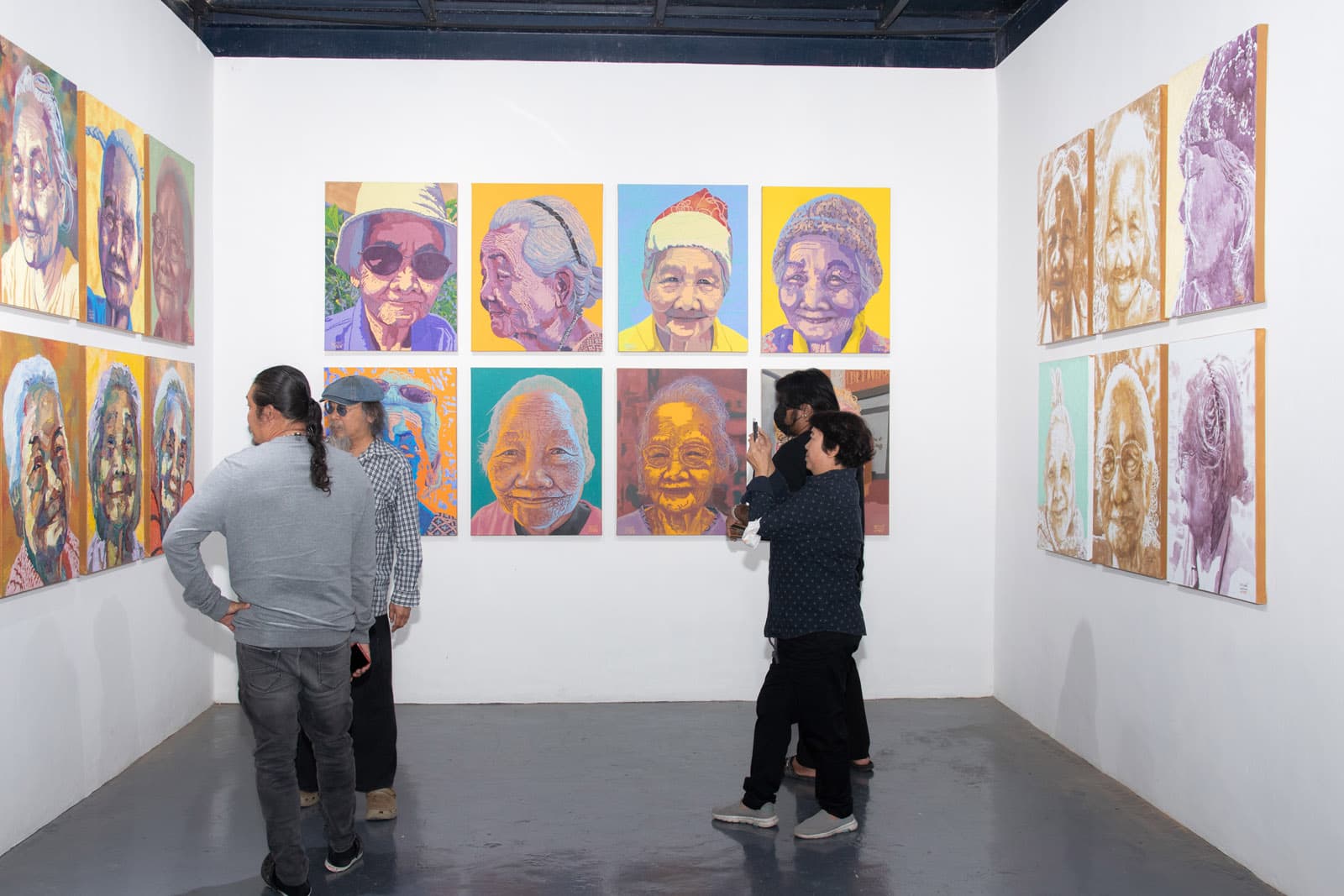 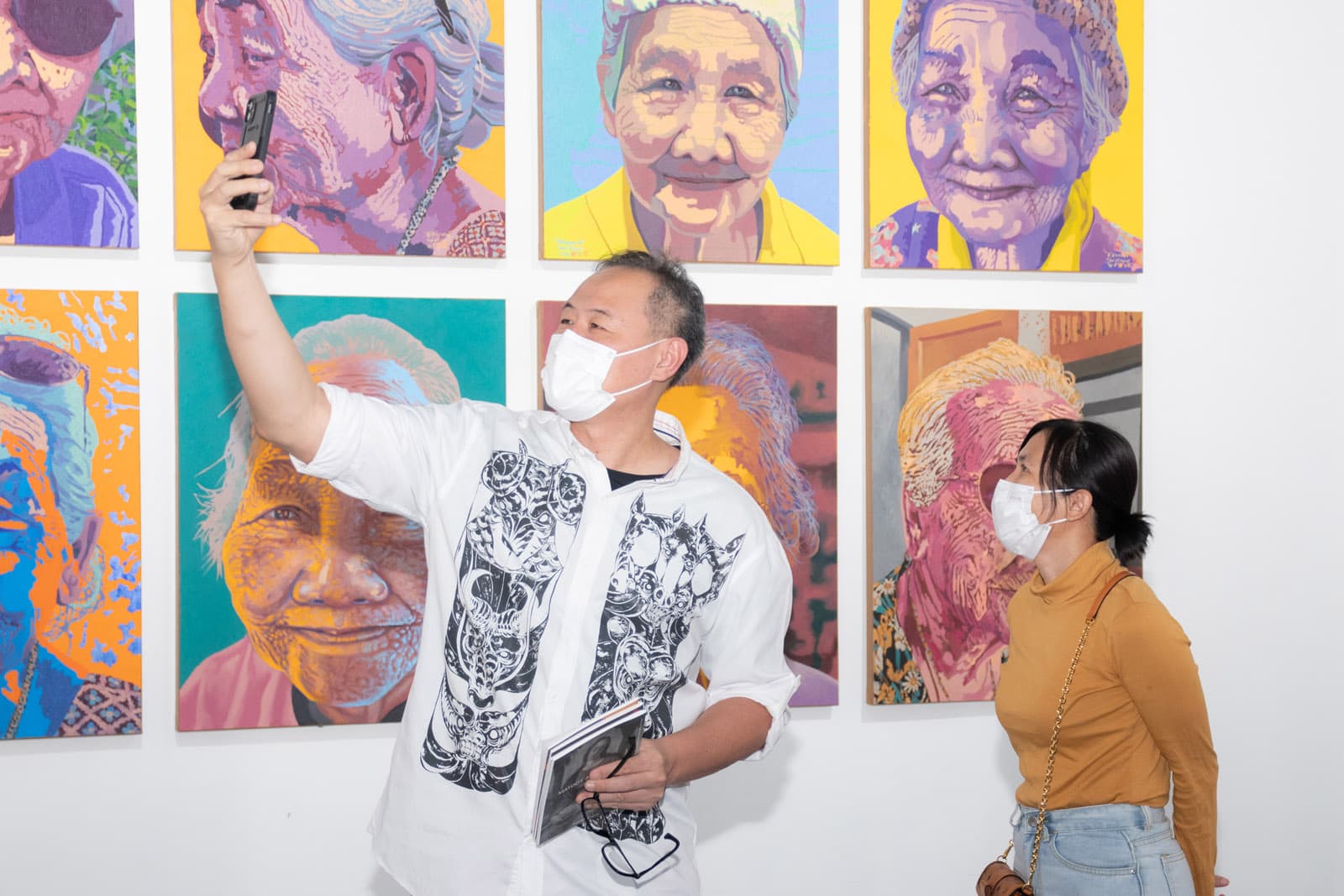 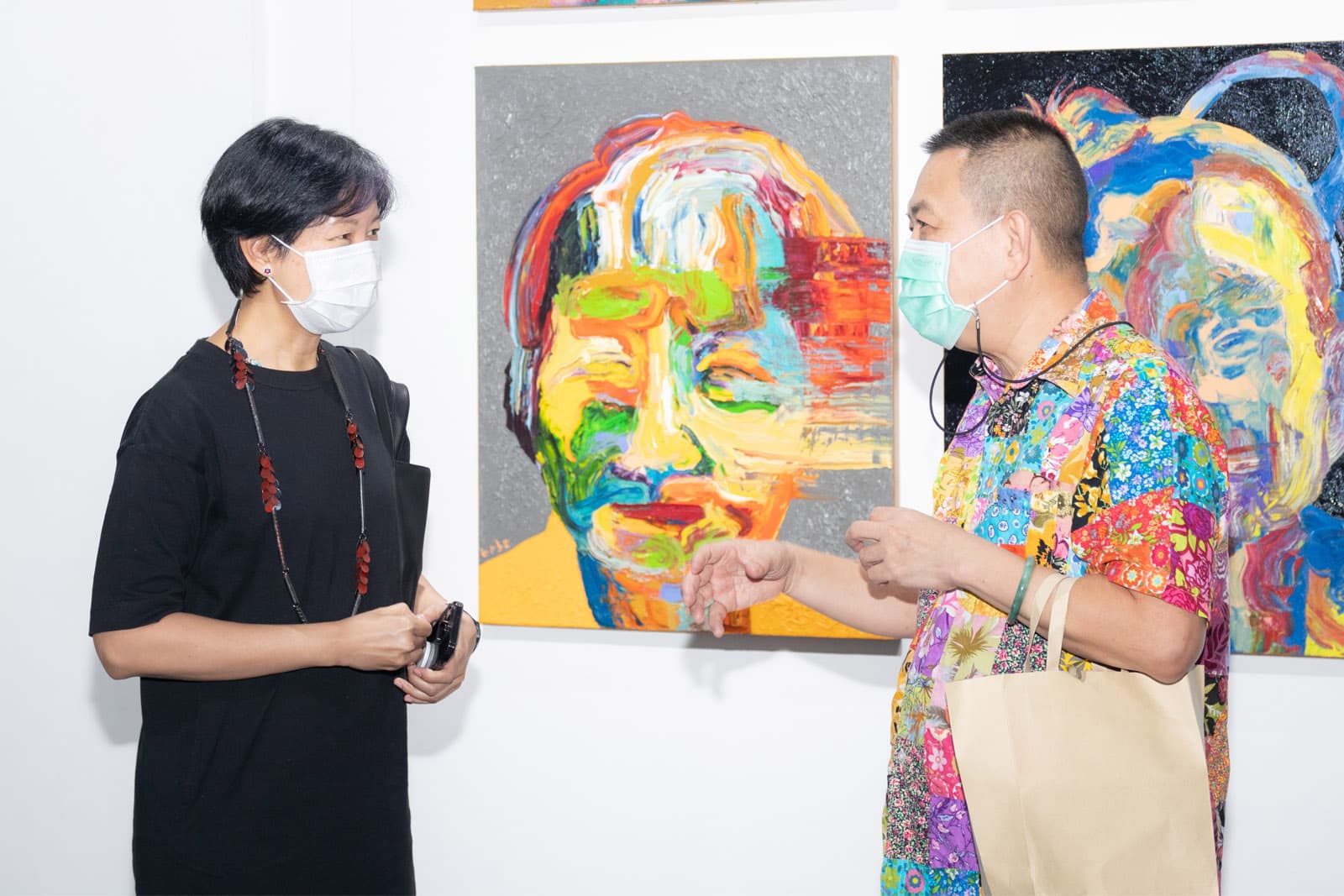 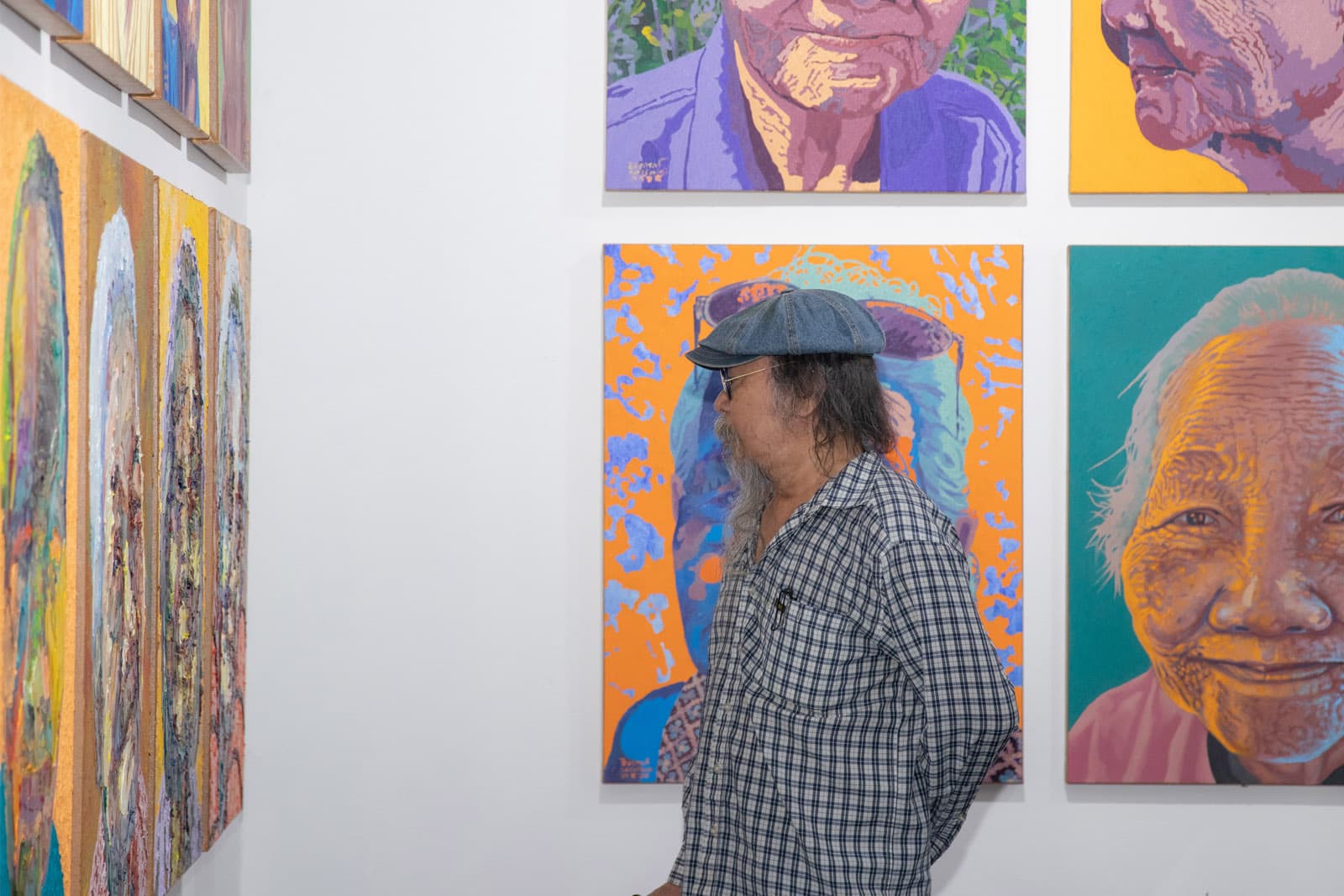 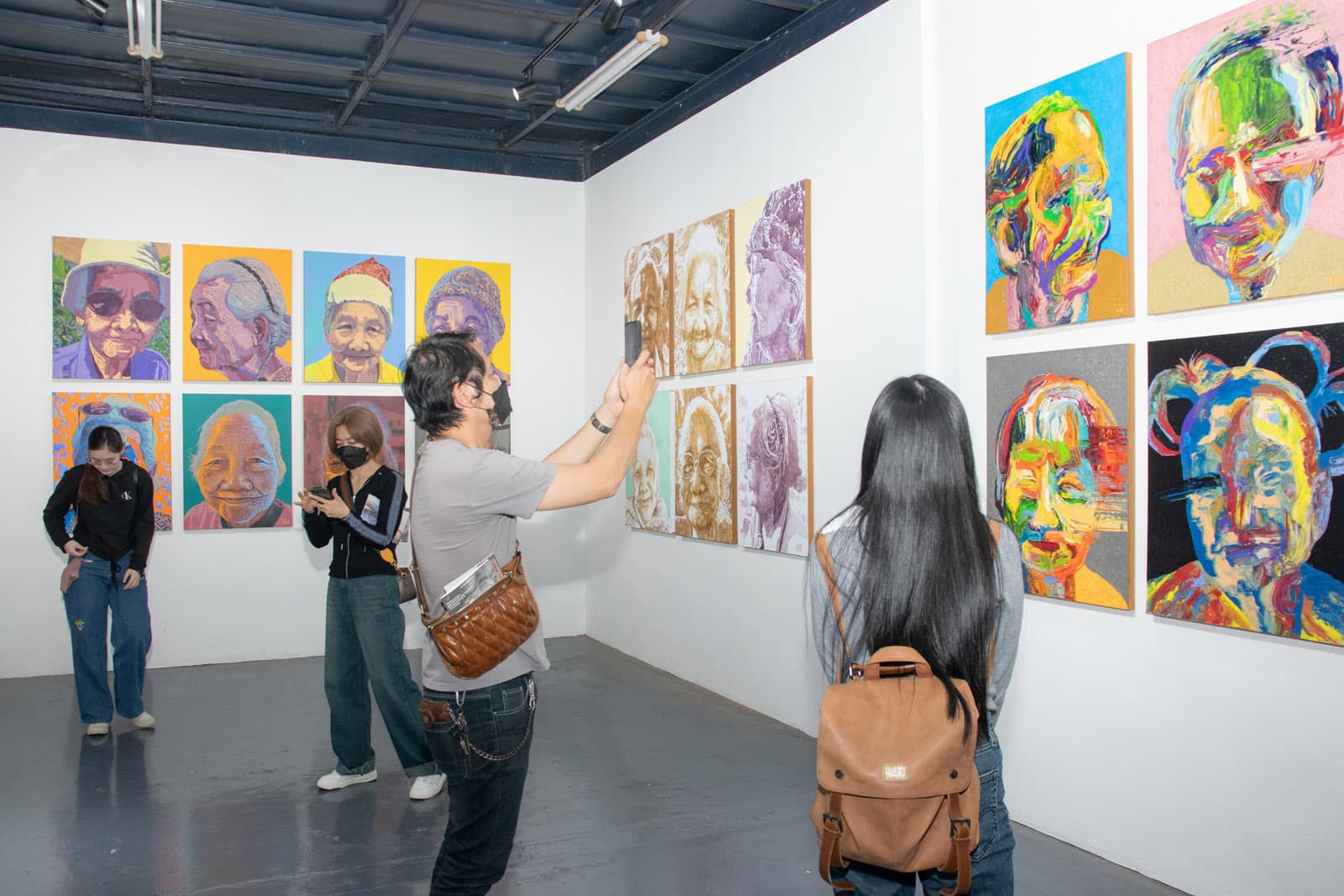 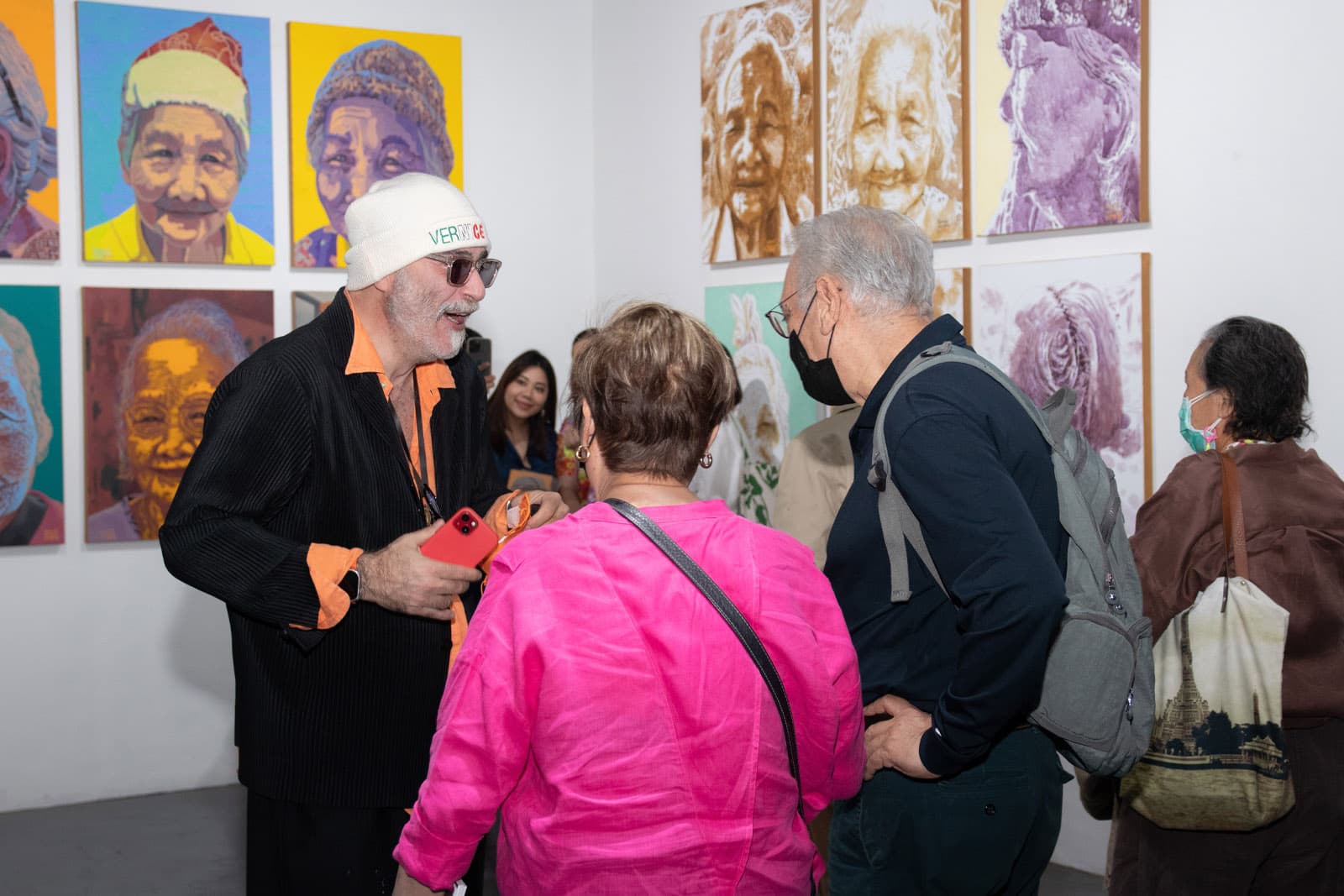 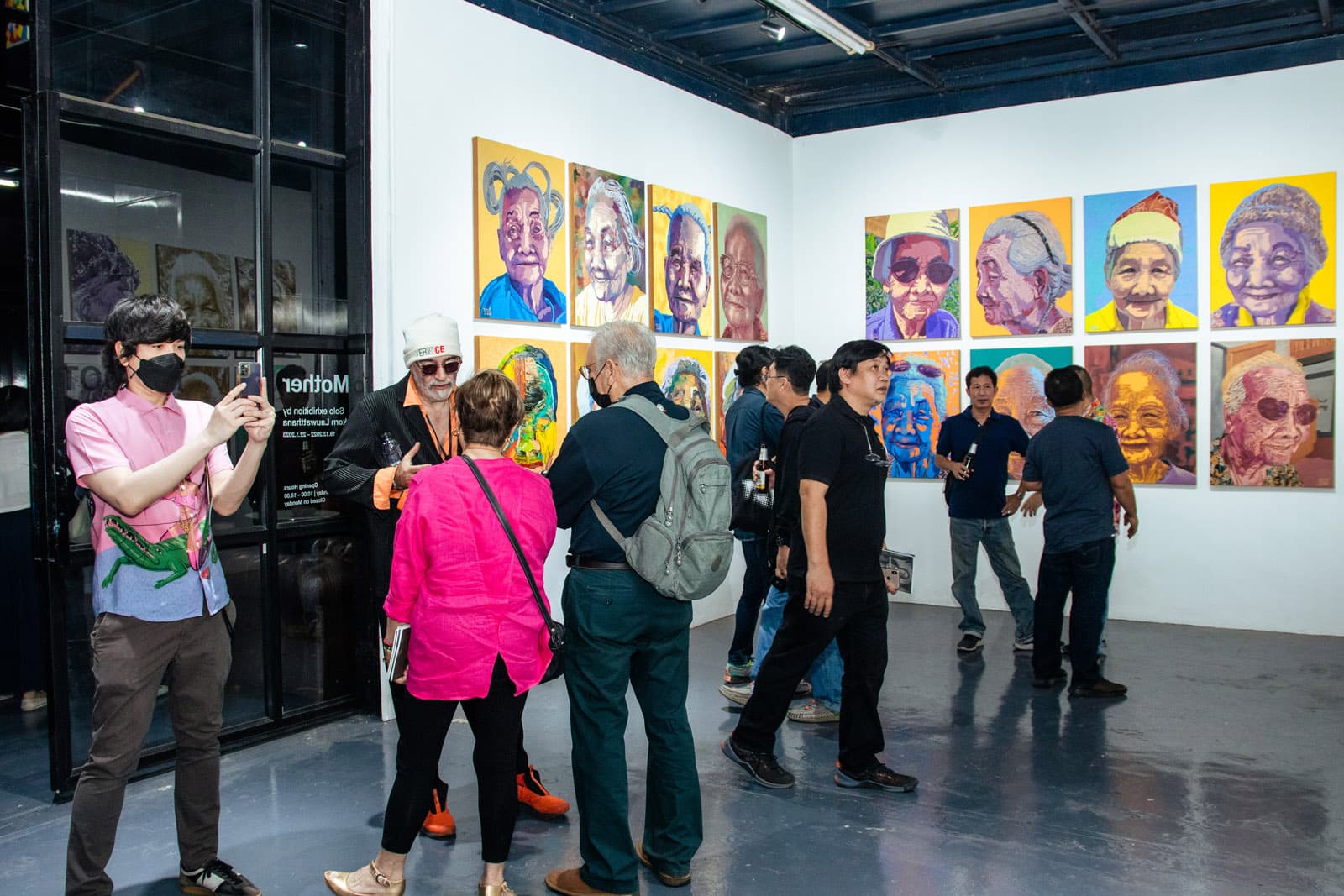 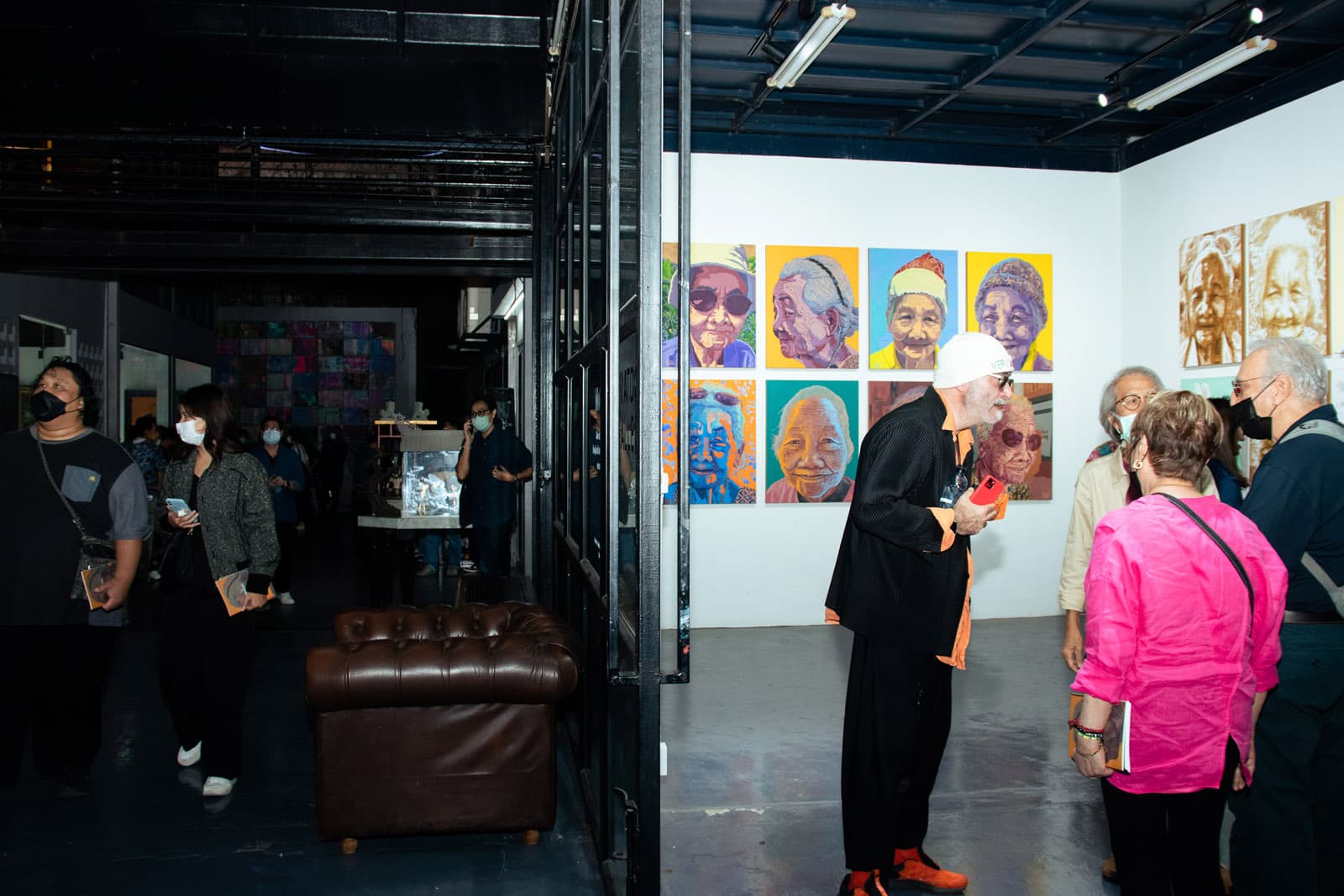